Bangkok, 11th November 2015: The Malaysian-Thai Chamber of Commerce (MTCC) organized
a Charity Dinner at Dusit Thani Hotel in Bangkok on October 31, 2015. The occasion was graced by
Minister of Industry, H.E. Dr.Atchaka Sibunruang and attended by over 400 people comprising
delegates from Malaysia Embassy, Foreign Chambers, MTCC members and guests. 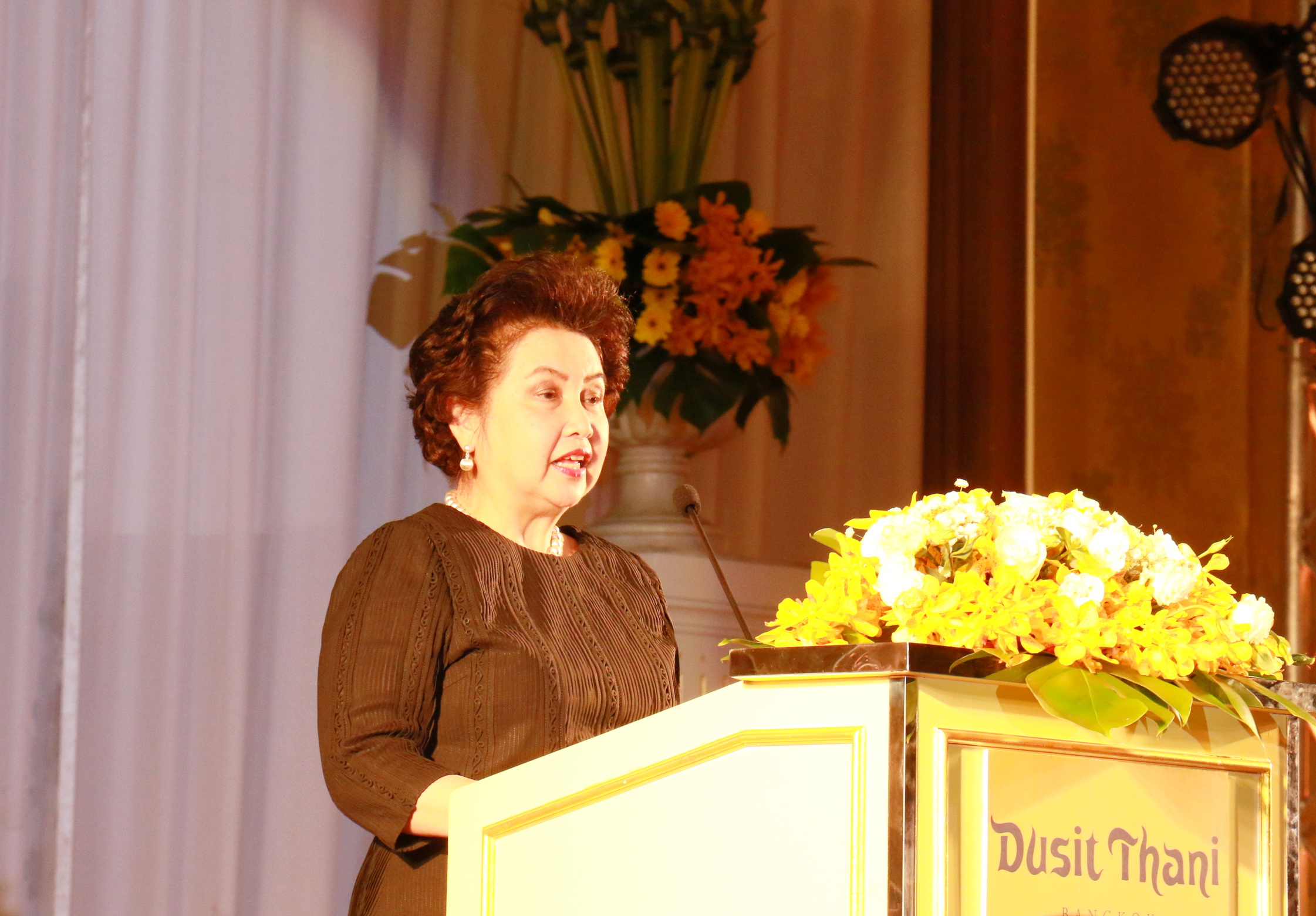 The Charity Dinner aptly themed “WE CARE WE GIVE” was aimed at raising funds for Corporate
Social Responsibility (CSR) initiatives undertaken by MTCC. At the opening, guests were first treated
to a performance by 2014 World Champion Cheerleaders from Bangkok University followed by a welcoming speech from MTCC Chairman Yeap Swee Chuan and supporting remarks from H.E. Dr.Atchaka Sibunruang. Guests were treated to a specially prepared dinner showcasing 11 sumptuous Malaysian dishes. While savoring the delicious food, guests enjoyed the enigmatic Face Changing performance and the musical band by Mahidol University. 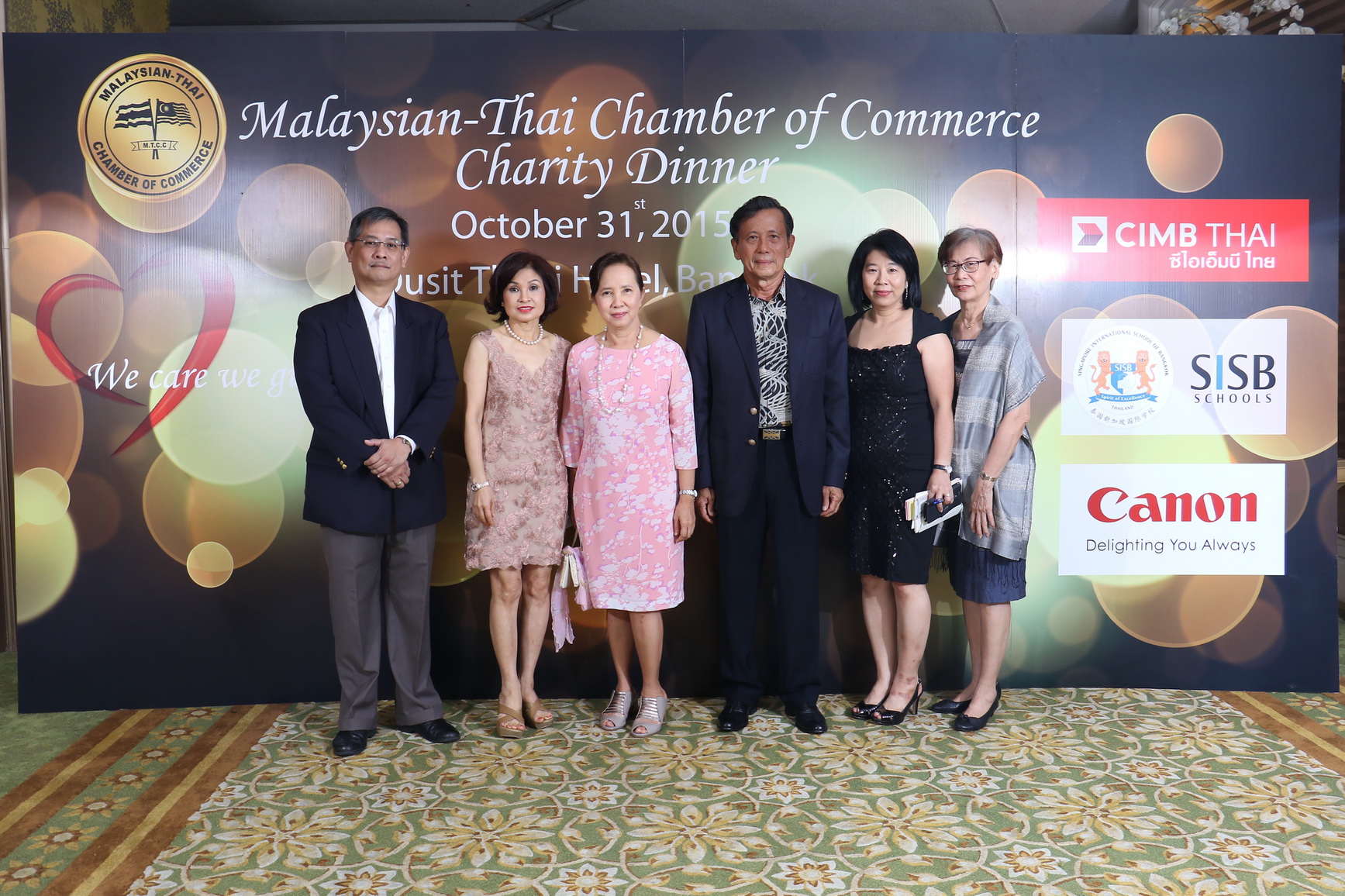 With the guests suitably impressed by the performances and food, fundraising highlights commenced with a Singing Auction. The first song was gracefully sung by MTCC Chairman Yeap Swee Chuan, showing exemplary leadership and spirit. H.E. Dr.Atchaka Sibunruang with her charitable
heart consented to the second song to the hearty applause of guests. The third and final song was a duet by General Boonsang Niempradit and his wife, again delighting the appreciative crowd. Guests cheered and donated a generous 150,000 Baht in less than 30 minutes as a show of support for the singers of the three songs. 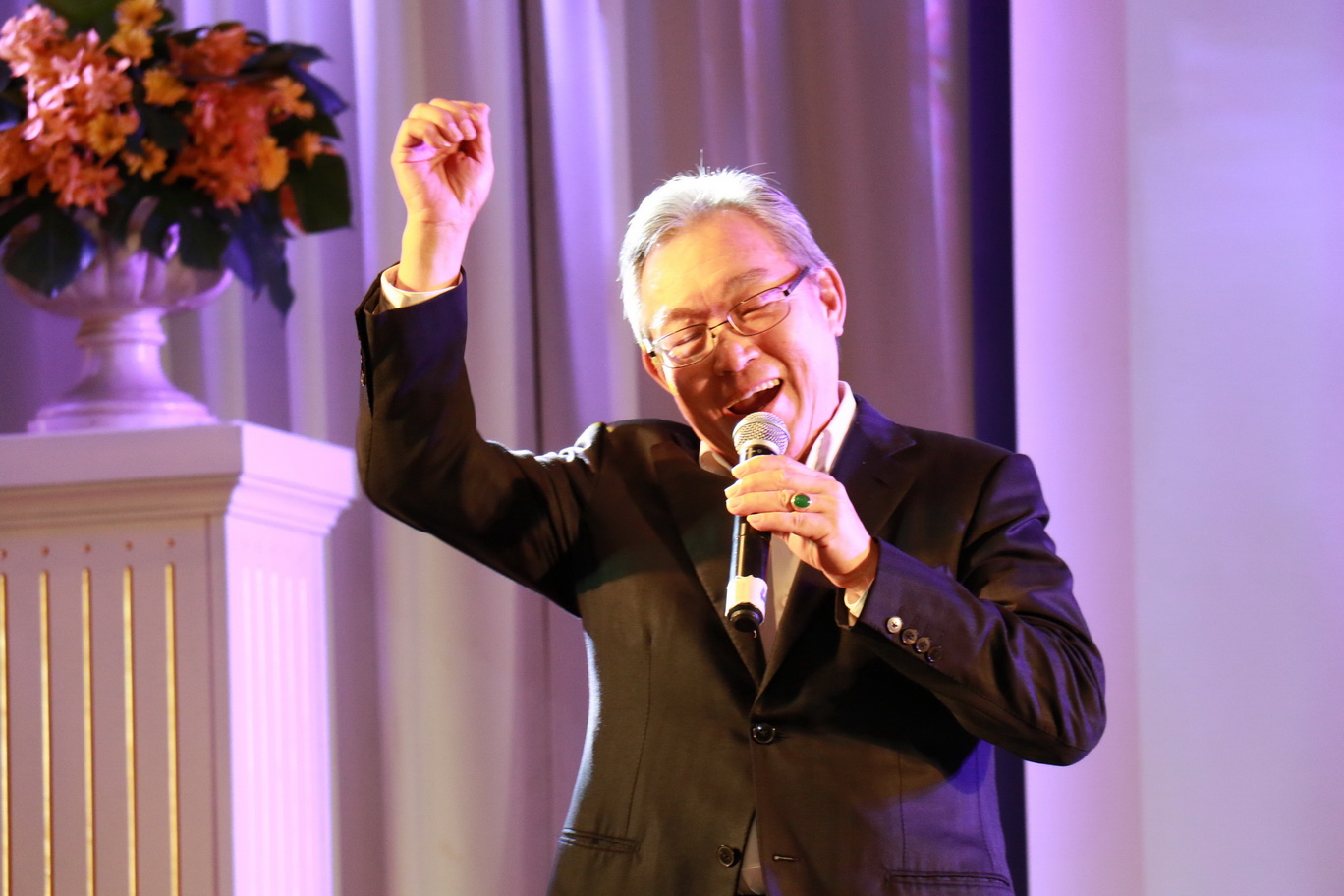 The eagerly awaited auction, items for which guests had the opportunity to view upon their arrival, was the main fundraising event of the night. The proceeds would be channeled to underprivileged children in Thailand. On auction were a master photo portrait by Ajahn Cagino (a Malaysian monk who resided in Northern Thailand),autographed shoes and a Yonex shirt. owned by former World No 1 badminton player Dato’ Lee Chong Wei, a Liverpool jersey autographed by Robbie Fowler and a Feng shui crystal vase symbolizing luck and prosperity contributed by Mrs.Yeap Swee Chuan, wife of MTCC Chairman. 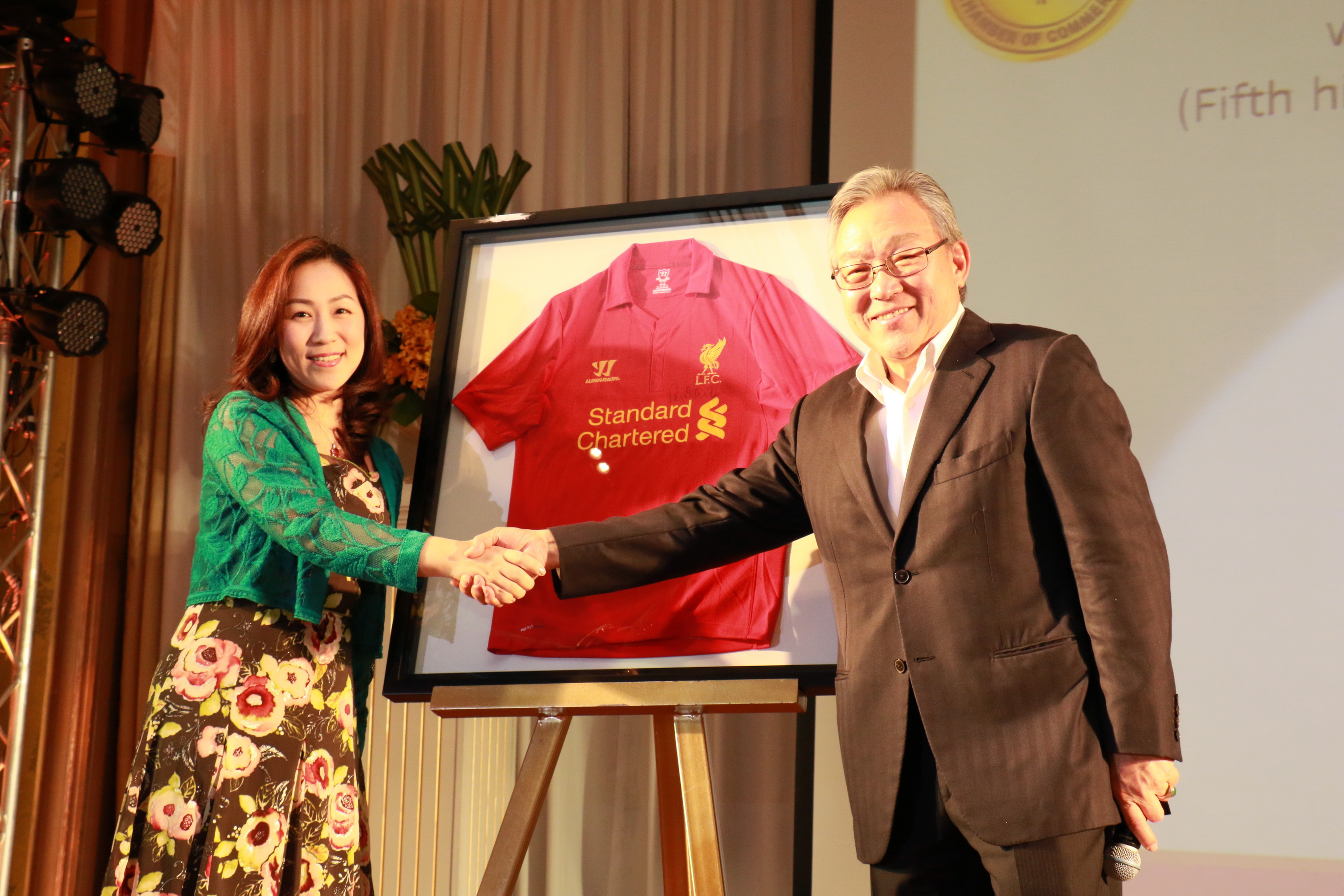 (Winning-bidder of a Liverpool jersey autographed by Robbie Fowler)

The master of ceremonies took care to explain every item in detail.  As the exemplary host,  Mr. Yeap then went on stage and through wit and cajole charmed the crowd by reminding them of the good cause of the night’s auction. The crowd must be commended again for their generous bids with items from Dato’ Lee Chong Wei generating the most interest, no doubt because of badminton fans among the guests. 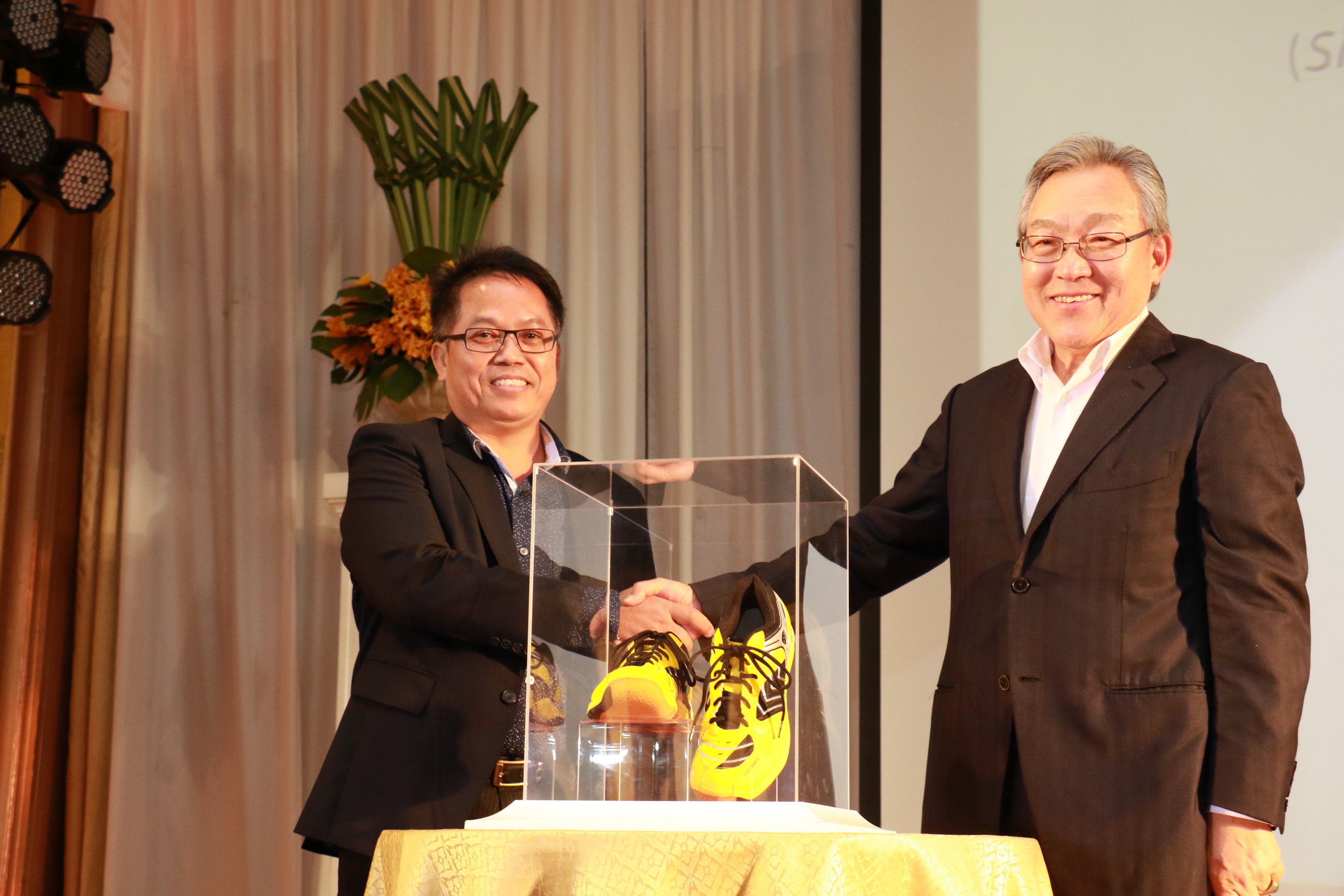 The event concluded with a lucky draw with guests excited and hoping feverishly to win the iPhone 6S, the top prize draw of the night, launched in Thailand just a day ago.

Congratulations to MTCC for organizing such a successful event.  All proceeds raised at the Charity Dinner have been donated to Baan Nong Phai School, Wat Krachang School, and Maitreechit Wittayathan School. Remaining proceeds have also been set aside for MTCC’s CSR initiatives. 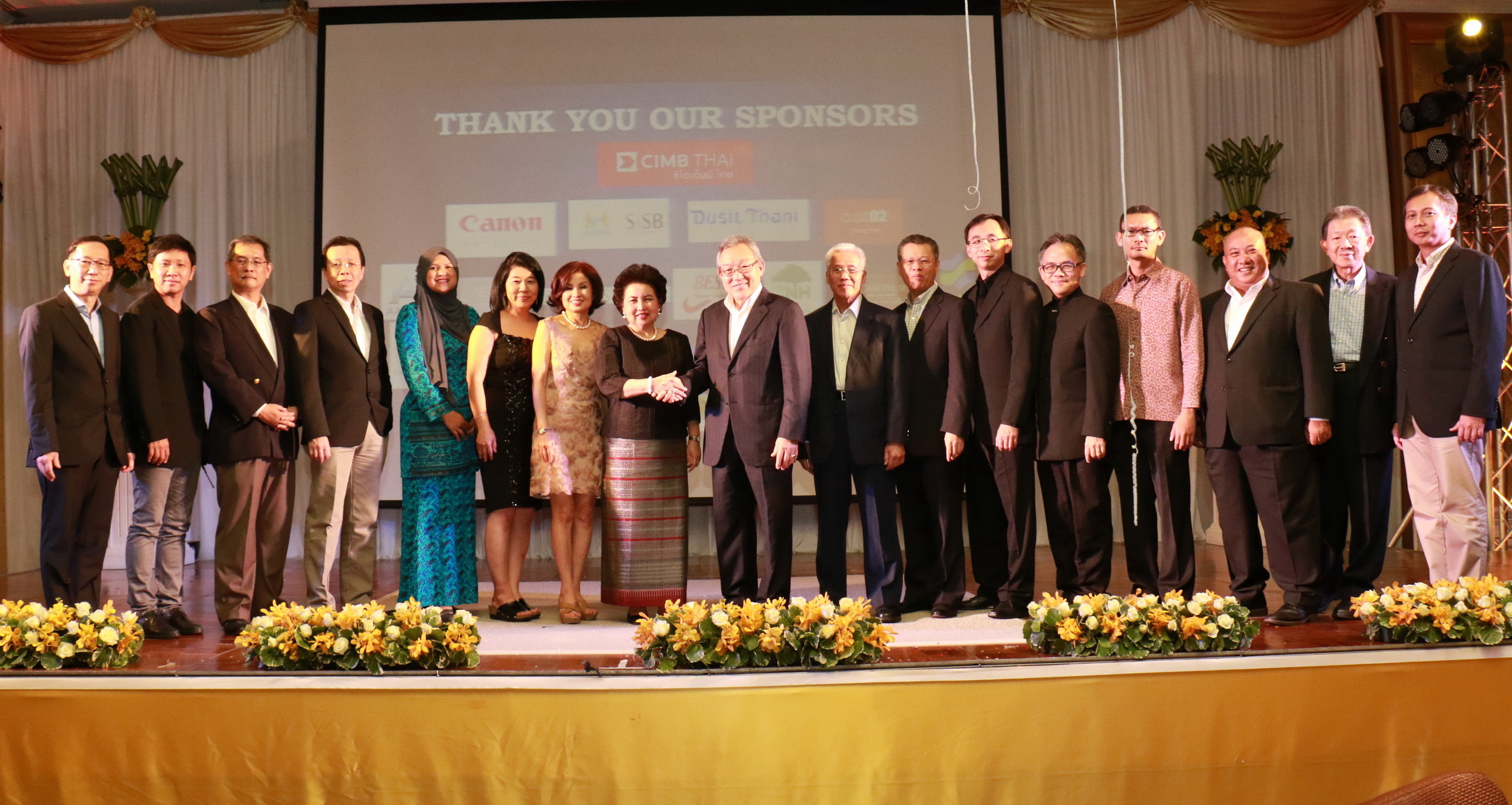 H.E. Dr. Atchaka Sibunruang with MTCC Board of Directors and Advisors