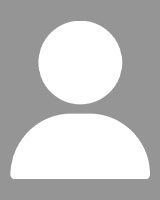 To leverage synergy of ASEAN leading banking group and be ready for the upcoming AEC, CIMB Thai Bank – Vientiane Branch has been opened to operation since 25 July 2014, aiming to serve as ‘Gateway to ASEAN and Beyond’ for Thai and foreign clients, particularly people of the Lao PDR, to access universal financial and investment solutions via such products and services as trade finance, credit facilities and international money transfers.  CIMB Thai Bank – Vientiane Branch is located on Lane Xang Avenue Road in Vientiane CBD.

CIMB Group has the most extensive retail branch network in ASEAN of close to 1,000 branches as at 30 June 2016. CIMB Group’s investment banking arm is also one of the largest Asia Pacific-based investment banks, offering amongst the most comprehensive research coverage of more than 1,000 stocks in the region.

CIMB Group is listed on Bursa Malaysia via CIMB Group Holdings Berhad. It had a market capitalisation of approximately RM 38.1 billion as at 30 June 2016. The Group has about 40,000 employees located in 16 countries.